Talk to my Chatbot who takes job interviews 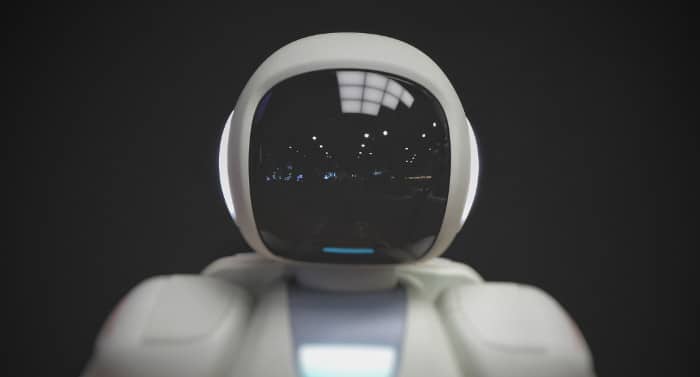 Introducing my very own chatbot that can answer any type of interview questions. It’s still learning but I’m pretty proud of my digital self. Please start a conversation with me!

Aren’t all interviews scripted? The interviewer knows the questions she’s going to ask in advance and you kind of prepared statements about 10-12 topics that are usually asked during job interviews. Is it that farfetched to think that a chatbot could actually replace me during a job interview?

During the MBA, we were trained to prepare for interviews. Basically trying to anticipate any hard questions that could come our way and have ready-made beautiful STAR model answers. But if I have all the answers in advance and I know the questions, I just need a little automation and Machine Learning to replace me.

The quickest way to do a chatbot is to use Dialogflow. It’s kind of a SAAS by Google allowing you to program your own bot. It has integrations with Slack, Facebook Messenger, LINE, Skype, etc… so you can deploy it immediately and super fast. It’s quite easy to grasp (no programming skills needed).

Let me try to explain how this works. Basically your users will interact with the bot. Those interactions will trigger an automatic reply from the bot. The idea is to train your bot to grasp some sense out of the request and reply to the matching answer.
In the case of the interview bot, if someone says “tell me about yourself”, the bot needs to understand the questions and select the “about” reply that you prepared. Machine learning enters into play because there are tons of ways of meaning the same thing. “Tell me about you”, “why don’t you introduce yourself”, “Introduce yourself”, “Tell me about your experiences”. The Dialogflow engine will do training on its own, but you need to show him if the decisions he takes are correct.

Having this in mind though, I gathered online around 400 frequently asked questions during a job interview and trained my bot to answer them. I covered topics varying from weaknesses and strengths, conflict management, hobbies, languages, etc… Unsurprisingly, it can handle a few requests, but can’t really deep dive into any topic (although, theoretically it could.)

I also wanted to feed him thousands of messages I gathered from my Whatsapp conversations. Hoping that it would learn from them and speak more like me. This failed because the bot only tries to match user requests with prepared answers. It does not learn just from talking to you, the conversations need to be directed to a purpose (in this case job interview questions).

It was pretty cool to create a chatbot. But its limitations are clear. I haven’t tried out all the features of DialogFlow, but I would say it’s not allowing automation that much. It’s a quick awesome tool if you need a FAQ chatbot. Nevertheless, if the user stays on topic, the bot manages to keep up to 7-8 interaction conversations, which is not bad!

It was an interesting human experience though. People would get angry at the bot when it didn’t behave. Many also tried to outsmart it, when really, it’s like outsmarting a pigeon. I also got lots of people trying to make it racist or sexist. Fortunately, Dialogflow kind of prevents this to happen, but I also proactively set a “profanity” intent to make sure it does reply something adequate when getting insulted. Most people actually got surprised by the answers it gave in those situations.

Finally, this project gave me some cool ideas that I might investigate in the future. Imagine a chatbot that helps you practise for your interviews?
A chatbot that could read your replies and give you feedback! I started already here, but it’s far from finished! I think the hardest part will be to parse the answers from the users and give constructive feedback!