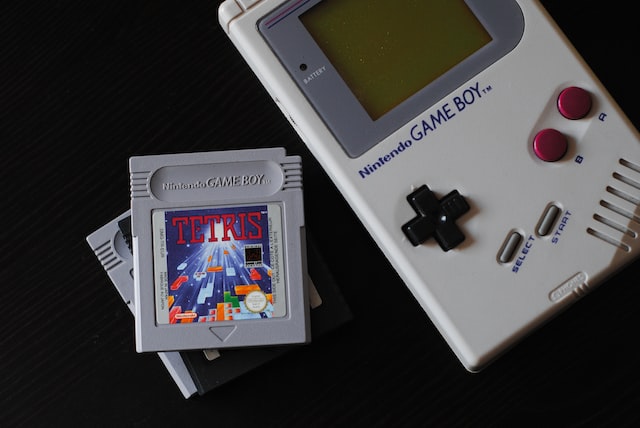 After watching THE best documentary about Tetris on YouTube, I realised one of the creators, Vadim Gerasimov also work at Google. I immediately reached asked him for a virtual coffee.

Vadim, based in Australia, accepted my invite and I got the chance to meet the creator of Tetris for 30 minutes from a conference room in Dublin.

Vadim started by giving me a history of his work at Google. As a software engineer he has worked on multiple projects like Google Wave (remember how excited we all were about this?) then moved on to Drive for android, Google Photos, Fitbit and other projects.

“When you are a software engineer at Google, you work for 2-3 years on a specific project and then you can request a change. You’re usually limited by what’s available in your location, but if you’re willing to move you really have lots of options.“

After finishing university in Boston [Vadim went to MIT] in 2003, he thought about getting a job in the U.S. but unfortunately visa issues made it difficult and he headed to Australia.

The Tetris story starts a little bit by coincidence at the Soviet Academy of Science in Moscow. A member of the academy came back from a holiday in the U.S. with a bunch of personal computers (PCs) and brought them to work. This lead to the creation of the academy’s computing center where Tetris was eventually born.

While on a high school trip, Vadim visited that computing center. He was so amazed and intrigued by the computers that he ended spending every afternoon there, playing around with the computers. An guy working at the center, Alexey Pajitnov, saw potential in him and took him under his wing. Together with a small team, they started programming games.

“When the first version of Tetris came out, we suspected it would be very successful. We played games ourselves. It was a unique time where you could write competitive software of good value with a couple of developers in a week or two. The idea of Tetris didn’t require much graphics, it was so simple yet so addictive. It was a unique proposition coincidence.“

Eventually he was tasked with rewriting the game for the IBM PC. Which is actually the version that spread around the world [later I learned he was also the one who added the scoreboard and colours].

With the success of the game, the team tried to sell Tetris but didn’t work out.
The 2 main instigators of Tetris started hating each other. The first ended going to London and started his own gaming studio. Vadim and him lost contact and haven’t spoken in 25 years. The second moved to the U.S. and started Tetris inc. which owns the licences and all IP of the game.

“In the end; the game came out in the West. Andromeda managed to get the license. But we personally didn’t get much from this. The computer center got millions of dollars. They gave us a TV set and a VCR.“

Over the years, Vadim developed some games on his own, but none quite as successful as Tetris. He went on to study math and computer science at the State University of Russia in Moscow. At age 21, prior to finishing uni he went to Japan and worked for 1 year with companies like Sega and Sony on videogame related projects. He met a bunch of MIT grads in Tokyo, which inspired him to move to the U.S. to go to MIT. He spent the next 9 years there and was an important part of the medialab at MIT.

Waina: Would you have done anything differently?
Vadim Gerasimov (GV): I think I would have like to create a game company with the original team. But I was too young to really understand what it meant and how to do it.

“Ideas like Tetris are very rare. It was the right time, but the wrong place.“

Waina: What do you think of current videogames?
VG: Games nowadays are like movie productions, they cost so much money to make. But, game creators still develop games like Tetris, that don’t require much money are low tech but are addictive and really good. World of Goo and Baba is you are good examples. Engineers love Baba is you because it’s about solving puzzles and it’s very addictive.

Waina: What do you think of the Metaverse?
VG: I played second life when it was popular. I thought it was an interesting idea but not sure if the current metaverse is that much different and if the current games are as successful as people are trying to present them. Something about it doesn’t quite work yet, the graphics are too cartoonish and the human interaction is not really well done yet. It’s too clunky. I’m not sure how it will evolve, but I don’t think it’s better than second life yet. It’s really too slow to develop, I wish it went faster.

I had tons more questions to ask Vadim, but I ran out of time and got kicked out of the meeting room. I’m so humbled to have met Vadim! Great things can happen at the workplace.

2 Replies to “Interview with Vadim Gerasimov Creator of Tetris”